26-28 December 2018
The ABC Murders is a British drama thriller miniseries set to premiere on BBC One on Christmas. The three-part programme is written by Sarah Phelps and is based on Agatha Christie's novel of the same name.

Set in the 1930s, a time when Britain is dangerously divided and suspicion and hatred are on the rise, the story sees Poirot face a serial killer known only as A.B.C. As the body count rises, the only clue is a copy of The ABC Railway Guide at each crime scene. Poirot's investigations are continuously thwarted by an enemy determined to outsmart him. If Poirot is to match his nemesis, then everything about him will be called into question: his authority, his integrity, his past and his identity. [1]

Comparison with the original novel

The role of several characters is changed and some characters are omitted.

Due to start filming in June, John Malkovich (Being John Malkovich, In The Line Of Fire, Dangerous Liaisons) will lead the cast as Hercule Poirot.

James Prichard, Executive Producer and CEO of Agatha Christie Limited, says: “The ABC Murders is one of my great grandmother’s most unsettling and intense stories and Hercule Poirot one of her most intriguing characters. I am humbled by the quality of cast we have lined up for the show and I am most excited to experience the unique approach John Malkovich will bring to the role in this thrilling one-off television adaptation.”

BAFTA nominated writer Sarah Phelps returns to explore the 20th Century through Christie’s work. This time the setting is the 1930s; a time when the nation is dangerously divided and suspicion and hatred are on the rise. In the midst of this Poirot faces a serial killer known only as A.B.C. First the killer strikes in Andover, then Bexhill. As the murder count rises, the only clue is the copy of The ABC Railway Guide at each crime scene. Poirot’s investigations are thwarted at every turn by an enemy determined to outsmart him. If Poirot is to match his nemesis then everything about him will be called into question; his authority, his integrity, his past, his identity.

Sarah Phelps, Writer and Executive Producer, says: “Set in the seething, suspicious early 1930s, The ABC Murders is a brutal story of violence and lies, the long shadow of the past and the slaughter to come. At its centre, one of the most familiar, famous characters in crime fiction. We may all think we know Poirot but do we really know Hercule?” [2]

Piers Wenger, Controller of BBC Drama, says: "Over the last three years Sarah has breathed new life into some of Agatha Christie’s most renowned crime stories and we can’t wait for her to do the same with Christie’s most iconic detective, Hercule Poirot. We are utterly thrilled that John Malkovich has been persuaded to unleash his extraordinary abilities on this stellar role.”

Filming for The ABC Murders began June 2018,and is directed by Alex Gabassi (The Frankenstein Chronicles, El Hipnotizador) and produced by BAFTA nominated Farah Abushwesha (Irreplaceable You, The Party).

Endeavor Content will handle sales in all territories internationally. [3]

The series was released on DVD through Universal Pictures UK on 11 March 2019. 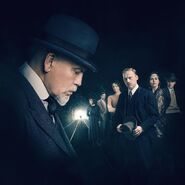 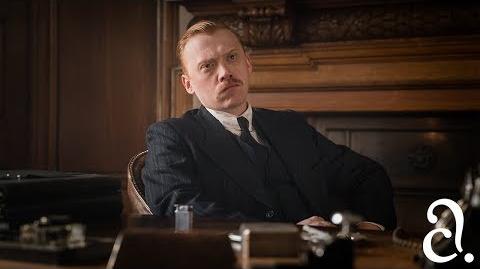 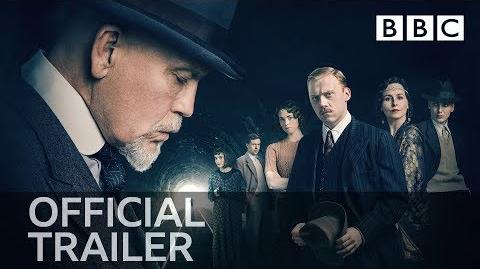