Spider's Web is a novelisation by Charles Osborne of the 1954 play of the same name by crime fiction writer Agatha Christie and was first published in the UK by HarperCollins in September 2000 and on November 11, 2000 in the US by St. Martin's Press.

The book was written following the successful publication of the novelizations of the 1930 play Black Coffee in 1998 and the 1958 play The Unexpected Guest in 1999. Like those books, the novelization is a straightforward transfer of the stage lines and directions of Christie's script into a written narrative. Osborne chose not to add characters, lines or scenes which would alter in any substantial way what had been presented on the stage although minor amendments were made to produce suitable chapter endings.

Osborne contributed a section to the book on the history of Christie's plays.

Clarissa, the young wife of a foreign office diplomat, delights in tweaking the sensibilities of her more serious friends by playing a game she calls "supposing"--imagining a difficult situation and finding out how people would respond. But Clarissa's lighthearted games becomes deadly serious when she discovers the body of an unknown person in her own drawing room. If that weren't bad enough, her husband is on the way home with an important foreign politician. Clarissa decides to dispose of the body and persuades her three houseguests to help. But before she can get the corpse off the premises, a policeman knocks at her front door. Now Clarissa must keep the body hidden, convince the skeptical police inspector that there has been no murder, and, in the meantime, find out who has been murdered, why, and what the body is doing in her house... 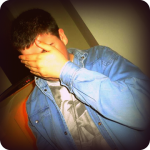