Partners in Crime was commissioned by Ben Stephenson and Charlotte Moore for the BBC to mark the 125th anniversary of Agatha Christie's birth. The adaptation was produced by Endor Productions in partnership with Agatha Christie Productions. The series was not renewed for a second series by the BBC. [1]

Agatha Christie wrote the stories between 1922 and 1973 and featured stories before Tommy and Tuppence were married to old age with grown up children. It was decided to set the series in the 1950s in the context of the Cold War and suit the stories that had already been written by Agatha Christie. The two stories chosen "The Secret Adversary" and "N or M?" would be made into three hours each over six episodes.

David Walliams as the main driving force and executive producer would play Tommy with his usual wit and humour. Jessica Raine was chosen for her ability to move between drama and humour.

Creating 1950's England led to filming in central and greater London, Essex, Buckinghamshire, Surrey, Oxfordshire, Kent, Hertfordshire, and Norfolk. Didcot Railway Centre and North Norfolk Railway, Sheringham were used for period railway locations. Cromer in Norfolk was used for its coastline and pier and many unspoilt buildings and streets in the town. Englefield House and derelict industrial wastelands by the Thames.

Thomas "Tommy" Beresford (David Walliams) in his early 40's is clever and logical man whose business ventures never quite work out just as his university and army days were never successful. He tries to look after his spirited wife, Tuppence, and his son George by various money making schemes. While he does not realize he has no head for business he has a knack for espionage and crime solving in a 'Cold War' world full of double agents and assassins. It is a perilous world in which Tommy flourishes.

Prudence "Tuppence" Beresford (Jessica Raine) is a quick witted, irrepressible woman with a tendency to leap without looking. The daughter of a country archdeacon; one of five children. She misses the sense of purpose she had as a nurse in the war and cannot settle as a housewife despite her love for Tommy and son George. When the opportunity is presented to aide British Intelligence in the defence of her country she jumps at the chance to put herself, and her less willing husband, in harms way.

Major Anthony Carter (James Fleet) is Tommy's uncle and head of 'The Third Floor', a branch of British Military Intelligence. In the war Carter knew who the enemy was but now in the 1950's the adversary is a new type of spy. Carter tries to protect his hapless nephew Tommy and his wife Tuppence as they become involved in his new war.

Albert Pemberton (Matthew Steer) is a chemistry teacher and part-time agent for Carter. He met Tommy in hospital when he was recovering from losing a hand while working for a bomb disposal unit. He assists Tommy and Tuppence when they require more technical knowledge and revels in their adventures.

The actors David Walliams and Christina Cole have also had minor roles in the TV series Agatha Christie's Marple, in the episodes The Body in the Library and The Murder at the Vicarage respectively. 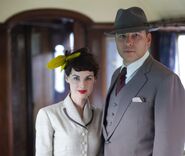 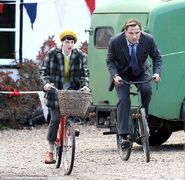 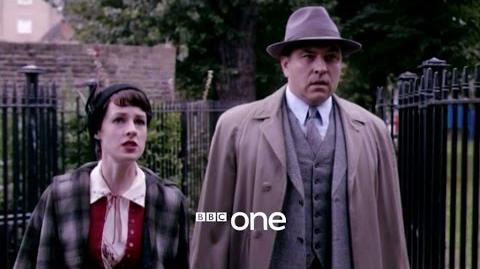 Partners in Crime- Trailer - BBC One 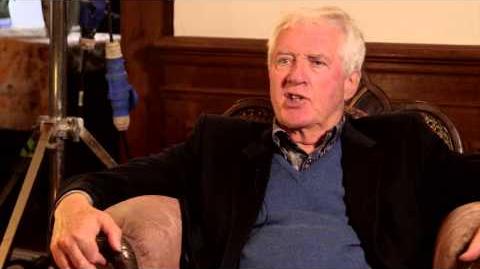 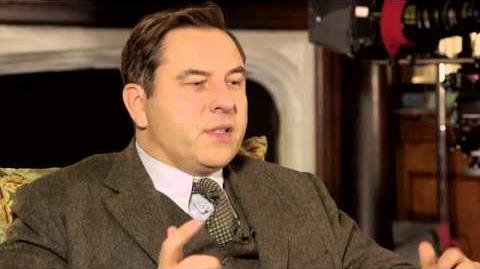 Why Partners in Crime was set in the 1950s 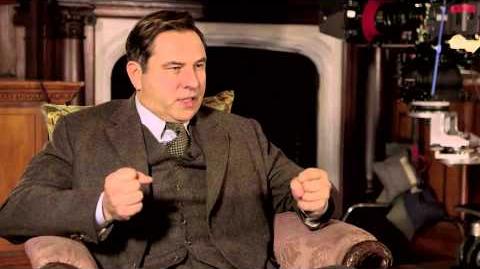 David Walliams and Jessica Raine on playing Tommy and Tuppence 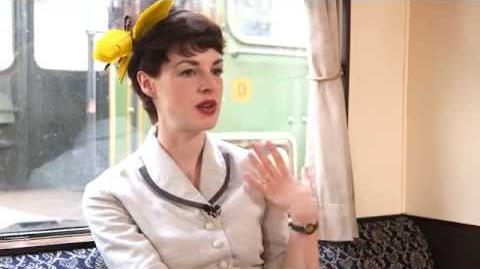 The 1950's Fashion in Agatha Christie's Partners in Crime