Ordeal by Innocence is a British drama thriller miniseries that premiered on BBC One April 1, 2018. The three-part programme was written by Sarah Phelps and is based on Agatha Christie's novel of the same name.

Wealthy philanthropist Rachel Argyll is murdered at her family estate Sunny Point. Her adopted son Jack Argyll, a young delinquent, is arrested for her murder. He vehemently protests his innocence. Eighteen months later, Dr Arthur Calgary, a mysterious scientist, walks onto the velvety lawns of Sunny Point claiming to have just returned from an expedition to the Arctic. Even more extraordinary is his claim to hold the alibi that can prove Jack’s innocence. But Jack died in prison before the case could come to trial, and the Argyll family is reluctant to dig up the secrets of the past.

Rachel’s widower Leo is about to remarry his secretary Gwenda and none of Rachel’s other adopted children Mary, Mickey, Tina or Hester, nor longstanding housekeeper Kirsten, is willing to reopen that most horrendous chapter of their lives. However, the shattering implications of Calgary’s story are too big to avoid; if he is telling the truth then the wrong person was arrested for Rachel’s murder. And if Jack is innocent, then it must have been somebody else at Sunny Point. Somebody still out there... [1]

Damien Timmer, executive producer, Mammoth Screen, says: “Sarah Phelps has excelled herself with this spellbinding adaptation of one of Agatha Christie’s most celebrated stories. A gloriously dark deconstruction of an apparently perfect family, we hope it delights and chills viewers when it airs!”

James Prichard, executive producer and executive chairman of Agatha Christie Limited, says: "Ordeal By Innocence was one of Christie's personal favourites and I cannot wait to see how this outstanding cast will bring her story to life under the skilful direction of Sandra Goldbacher and the Mammoth Screen production team. To have Bill Nighy and Catherine Keener head up this all-star cast really is a testament to the depth and quality of my great grandmother’s writing."

Gaynor Holmes, BBC executive producer, says: "We're delighted to be continuing our special relationship with Agatha Christie on BBC One. Sarah Phelps' stunningly crafted adaptation of this wonderful novel has attracted a brilliantly stellar cast and will thrill audiences."

Ordeal By Innocence was supposed to be released on Christmastime 2017, but it never arrived. That's down to last-minute reshoots being hurriedly put together after one of its stars, Ed Westwick, became the centre of some sexual assault allegations. [4] The producers then made the decision to reshoot 35 scenes in 12 days with a replacement actor, Christian Cooke. [5] 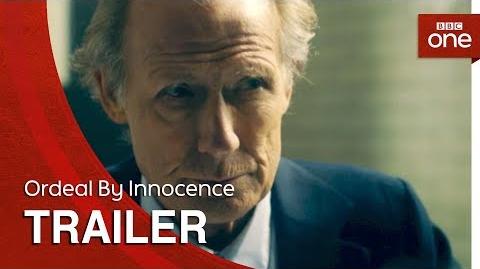 Ordeal By Innocence Trailer - BBC One 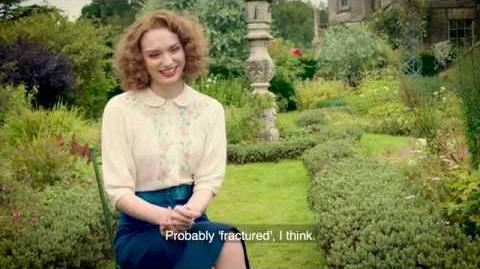 The cast on Ordeal by Innocence