Agatha Christie's Marple is a British ITV television series based on the Miss Marple and other murder mystery novels by Agatha Christie. It is also known as Marple. The title character was played by Geraldine McEwan from the first to third series, until her retirement from the role. She was replaced by Julia McKenzie, from the fourth series onwards. Each episode is known for having many well-known co-stars.

Agatha Christie's Marple follows the adventures of Miss Jane Marple, an elderly spinster living in the quiet little village of St. Mary Mead. During her many visits to friends and relatives in other villages (and sometimes when simply being at home), Miss Marple often stumbles upon or hears about mysterious murders, which she helps solve. Although the police are sometimes reluctant to accept Miss Marple's help, her reputation and unparalleled powers of observation eventually win them over.

During her adventures, Miss Marple is aided by close friends, relatives, or other allies that she meets, which include Tommy and Tuppence - protagonists of another series of Christie novels.

The only character to appear in every episode is Miss Marple herself, played by Geraldine McEwan until series 3 and by Julia McKenzie from series 4 onwards.

A few other characters appear in more than one episode, although they are not always played by the same actor. Exceptions are Joanna Lumley, who plays Mrs Dolly Bantry in The Body in the Library and The Mirror Crack'd from Side to Side, and Stephen Churchett, who appears as the coroner in four episodes.

Dr Haydock appears in three episodes, but is played by three different actors: Robin Soans in The Body in the Library, Robert Powell in The Murder at the Vicarage and Neil Stuke in The Mirror Crack'd from Side to Side. Jason Rafiel, an old friend of Marple's, was voiced by Herbert Lom (who also made an on-screen appearance as Mr Dufosse in The Murder at the Vicarage) in Nemesis and played by Antony Sher in A Caribbean Mystery.

The series also featured real-life characters: Winston Churchill appeared in The Sittaford Mystery, Noel Coward in 4:50 from Paddington, Louis Armstrong in At Bertram's Hotel, and Ian Fleming and the ornithologist James Bond in A Caribbean Mystery.

Marple was filmed in various locations, including London, the villages of Englefield in Berkshire, Chilham in Kent and the village of Turville, in Buckinghamshire.

A total of 23 episodes in 6 series were made, beginning with The Body In The Library, first aired 12 December 2004 and ending with Endless Night, broadcast on 29 December 2013.

The first six episodes were all adaptations of Miss Marple novels by Christie. Subsequent episodes were derived from Marple novels and short stories together with other works by Agatha Christie that did not originally feature Miss Marple. It was announced that an adaptation of The Seven Dials Mystery would be filmed for the last series but it was shelved in favour of Greenshaw's Folly.

Marple is also being broadcast on ATV World in Hong Kong. In China, the first four seasons of "Marple" are presented on CCTV-8, but 'The Body In the Library' and 'Murder is Easy' haven't been shown due to the involvement of lesbian affair and incest rape separately, 'Why Din't They Ask Evans' has also been hugely edited due to involving War-period China. Marple has been broadcast on the Hallmark Channel in Israel. Marple has been shown in South Korea in EBS, and currently is viewed by many audience from MegaTV. In Southern Africa it was shown on Hallmark Channel on the Satellite service DStv. "Marple" has been broadcast in Italy on the Hallmark Channel and on Rai1. In Norway the series has been airing on state broadcaster NRK1 as "Miss Marple". In Sweden the series airs on TV4, the biggest commercial TV station. In Brazil the series airs on HBO Brasil.

The show has sparked controversy with some viewers for its adaptations of the novels. The first episode, The Body in the Library, changed the identity of one of the killers and introduced lesbianism into the plot; the second episode explored Miss Marple's earlier life; the third episode contained a motive change and the fourth episode cut several characters and added affairs into the story and emphasized a lesbian subplot that was quite discreet in the original novel. The second series also saw some changes. By the Pricking of My Thumbs was originally a Tommy and Tuppence story, while The Sittaford Mystery was also not originally a Miss Marple book and the identity of the killer was changed. The third series has two adaptations that were not originally Miss Marple books: Towards Zero and Ordeal by Innocence. The fourth series continues the trend with Murder is Easy and Why Didn't They Ask Evans?. The fifth series does the same, with The Secret of Chimneys and The Pale Horse, as the sixth series with Endless Night.

The first series of Marple was released in 2005 in the UK, followed by the second series in 2006. The third series was released in autumn 2007 in the US, but its UK release was delayed because of ITV1's decision to defer airing the final instalment.

Series One was released as four individual DVDs and as a "bundle" in Australia (Region 4) with Series Two released on 1 August 2007. The third series was released individually in April 2008.

Series Four will be released in Region 1 on 4 August 2009 after the conclusion of the broadcast on PBS Mystery! 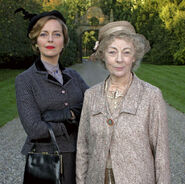 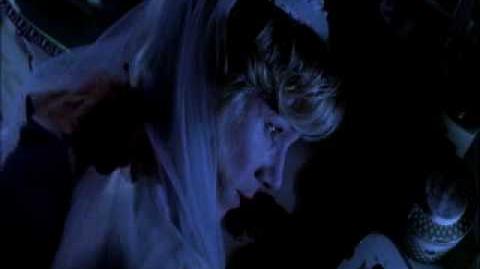 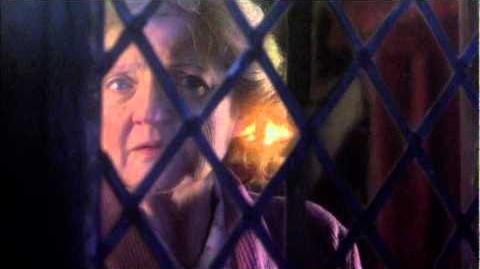